CALL US FIND US
You Are Here: Home > The Top 5 Classic Aston Martin Super Cars

The DBR1 earned Aston Martin a win at the 24 Hours of Le Mans in 1959. It was driven by Carroll Shelby (Shelby Cobra) and Roy Salvadori. Five DBR1 models were built by Aston Martin but only one was ever made available to the public for sale. It sold at RM Sotheby’s Monterey sale for a whopping $22,550,000.

If you’re a fan of the old James Bond movies, you might recognize this car from the 1964 film, Goldfinger. It can also be seen in other films like Tomorrow Never Dies, Casino Royale, and Spectre. The Aston Martin DB5 was essentially a more evolved version of the DB4 and costs around $1,000,000 in mint condition.

In 1977, the V8 Vantage was introduced at “Britain’s First Supercar.” It soared up to 170 mph and accelerated from 0-60 mph in 5.3 seconds, making it quicker than the Ferrari Daytona. Not to mention, the V8 Vantage had James Bond cred of its own, appearing in The Living Daylights in 1987. Today’s Vantage specs are even more impressive, with a top speed of 195 mph for the V8 engine.

When you picture a “supercar,” chances are you visualize something that looks a lot like the Aston Martin Vulcan. Based on the One-77, the Vulcan competed directly with the McLaren P1 GTR and Ferrari FXXK. It housed a 820-hp 7.0L V12 and generated up to 2,322 lb-ft of downforce. Only 24 were made.

As you can see, Aston Martin has a long history of designing and building high-performance cars with style that can’t be duplicated. Want to test drive one of today’s new models? Contact us at Aston Martin Austin to schedule an appointment near San Antonio and Dallas. While you’re here, take a moment to browse our current specials on new vehicles like the DB11, DBS, and Vantage. 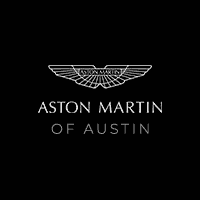